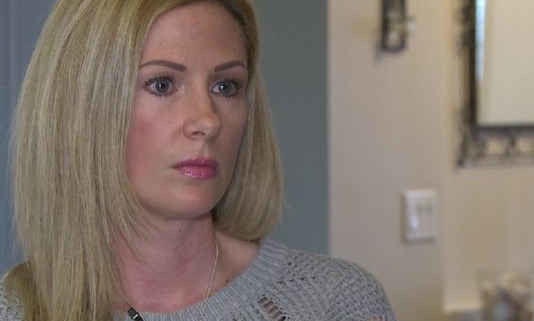 JACKSONVILLE, Fla. — Elizabeth Walsh moved to the south Jacksonville community of Bartram Springs for the same reason many of her neighbors did: she knew other young families there. She loved the homes. And she wanted to be a part of the vibrant, amenity-filled development.

“We thought it would be a safe bet,” says Walsh of their decision to buy the 2-year-old, 4-bedroom house. She and her husband even paid for a home inspection before signing the contract. “That’s why you buy a new house,” she observes, “because you don’t want to have problems.”

But the couple’s care and caution – to say nothing of the home’s almost $400,000 price tag — weren’t enough to protect them from a structural defect of massive proportions. Just 8 years after the house was built, Walsh paid tens of thousands of dollars to rip off the back of her house, to replace a wood frame so damaged by wood rot that — as demolition videos show — the studs could be ripped out by hand.

“It was just a very stressful time,” says Walsh, whose daughter’s nursery was one of the rooms that had to be torn apart. “The whole back of the house, from upstairs on down, had to be ripped out.”

Just 8 years after the house was built, Walsh paid tens of thousands of dollars to rip off the back of her house, to replace a wood frame so damaged by wood rot that — as demolition videos show — the studs could be ripped out by hand.

First Coast News first interviewed Walsh in March, when she was speaking against a bill that would have reduced from 10 to 7 years the period in which homeowners can sue their builder for structural defects. The decision to change the period of liability, known as “repose,” would have left homeowners like her without legal recourse. (The bill died in committee after our story aired.)

But what we didn’t know at the time was the Walsh home is the tip of the iceberg – one of more than 100 homes in Bartram Springs built by the same builder – Taylor Morrison – and which, according to claims made in court filings, have exactly the same problem.

According to lawsuits by 122 homeowners, their Taylor Morrison homes are plagued by construction defects, primarily failing stucco. According to the claims, the stucco was applied too thin, or not to code, causing the stucco to crack, which in turn allowed water to penetrate and destroy the wooden structure below.

“The problem here in Bartram Springs is there are a lot of these houses,” says Ron Woods, a licensed professional engineer who has worked in Jacksonville for 35 years and has inspected many of the Bartram Springs homes. “These homes are intended to last 40, 50 years. We see them falling apart between 3 and 10 years.”

Jacksonville construction law attorney Casey Ratchford says his firm has fielded complaints from 166 Taylor Morrison homeowners, though some cases were not pursued due to foreclosure, divorce or reluctance to incur legal fees. That represents about 40 percent of the roughly 400 homes Taylor Morrison built in the 1,400-home planned development north of Racetrack Road. “They’re very appealing,” says Ratchford of the well-appointed homes. “The problem is when you realize it’s almost like a Hollywood set. What we’re seeing, kind of across the board, is shoddy construction.”

Bartram Springs Homeowners Association declined to comment for this story, as did Taylor Morrison, citing ongoing litigation. But despite the large number of lawsuits filed, only one case is currently in the court system. The rest have been referred to arbitration, a private dispute proceeding that tends to limit damage awards, and is conducted in secret.

Arbitration was created as an alternative to court — a way for businesses to manage complicated disputes in specialized fields. Ideally, it offers cheaper, faster resolution, with the benefit that the decision makers – or arbitrators – have a fertile understanding of the industry in question.

In recent years, however, arbitration has become common in consumer to business disputes – including home construction. Virtually every new home contract requires that homebuyers “waive the right to a trial by jury.” And because arbitration is a private process – records, proceedings and outcomes are all secret – the effect is a veil of secrecy surrounding construction defects complaints.

“No business likes the publicity of a lawsuit,” says Jacksonville real estate and construction lawyer Barry Ansbacher. “[Arbitration] is kept private, so even if things are said that would be embarrassing to the companies, that arbitration clause makes sure it doesn’t go beyond the room.”

For homeowners, that means it can be difficult if not impossible to find reliable information about a builder. Says Ansbacher, “I don’t believe there is any readily accessible place go on a website and say how many complaints [have been made] against a [builder].”

The claims against Taylor Morrison homes in Bartram Springs are unique, because attorneys chose to file the original complaints in civil court – despite the fact the contracts require arbitration. The judge redirected them to arbitration, but the civil court filings gave the complaints at least one public airing.

Aside from those cases, many of which are still being heard, one Bartram Springs case managed to escape the constraints of arbitration – thanks to a typo. Whereas most homeowners “waive the right to a jury trial,” the contract said the parties “waived the right to waive the right” – a mistake that allowed the homeowner to sue in open court. That case opened a rare window on a typically secret proceeding, and also led to a significant defeat for the homebuilder.

Lawyers for the homeowners were able to show that person who signed the home’s building permit didn’t actually work for Taylor Morrison when the permit was pulled. A judge determined that meant the company was operating as an unlicensed contractor when it defectively constructed the home, a determination that entitled the homeowner to triple damages plus legal fees (more on that later in this series). The case also set out a series of allegations that included significant stucco failure, and extensive structural problems.

The company admitted construction negligence and agreed to pay $200,000 to repair that house, but is fighting the $1.16 million award of punitive damages and legal fees. That appeal is currently before the First District Court of Appeals. But the company got a rough reception during a recent – and extremely rare — court proceeding in March.

“You don’t have a very sympathetic client here,” observed Judge James Wolf, when company attorneys acknowledged construction of the home received little supervision – and none from Lisa Steiner, the person whose signature is on the building permit. The permit was pulled in April 2004; Steiner resigned in January (more on that later in Part 3) – a fact judge Robert Benton labeled “a farce.”

But that case is unique. In most instances, construction defect claims are kept out of the courts – and out of the public eye. Meaning not only are the proceedings themselves secret, so are whatever explanations companies like Taylor Morrison might offer.

“Things that are going on in the arbitration aren’t generally known in the community or the city at large,” says attorney Ratchford. “People don’t realize that these problems have happened in other subdivisions, so they don’t anticipate that it could happen to them.”